If you are reading this, it is a day of the week that ends in Y, which means the internet is buzzing with Apple rumors. Depending on who you read, Apple is working on an amazing new TV that will blow us all away:

or an embedded device for the car: 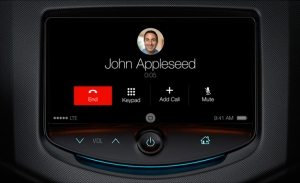 Or whatever this thing is:

Personally, the idea of an Apple TV is ridiculous to me. Who would spend thousands of dollars on a TV, when you can already buy an AppleTV for $99 and connect it to any TV you want? And iPhones are replacing watches… more and more people my age don’t even wear a watch any more, because we can look at our phone for the time. Myself included.

Well, maybe its a fitness device? The fitness device market is huge right now, with companies like Nike, Fitbit, Garmin and Wahoo making money hand over fist. Apple even reportedly hired Jay Blahnik, who worked on the Nike FuelBand. While I’ll admit that is interesting, I don’t think it guarantees Apple is working on their own fitness device. Look at their history: iPod, iPhone, iPad. In every case, Apple got into a market where there was great potential, but no good, friendly devices to fill the need. There are already plenty of fantastic, easy to use and cheap fitness devices on the market. A glut of them, in fact.

But time will tell. Me, I really wish Apple would sweep in and take over an entirely different market, where I think there is great demand and potential, but no clear leaders: Home automation.

Its the 21st century, and people want their home of the future. The economy is finally starting to recover, people have a little money to spend, and they need something to spend it on. The 3D TV was a bust. The Roomba is old news. We need a new overhyped money sink! And with Wifi in just about every home, and a smart phone in every pocket, the barrier to entry is gone.

Sure, there are already some great products on the market. There is the amazing (and pricey) Nest thermostat, designed by a former Apple employee. Belkin has iPhone-connected light switches, webcams and power outlets. Lockitron, Kwikset, and August are making electronic door locks, among others. Philips just expanded their Hue family of iPhone connected, color-changing lightbulbs. And Comcast, Verizon, Vivint and others all now offer home security and automation. Not to mention the venerable X10, Insteon and Z-wave protocols. 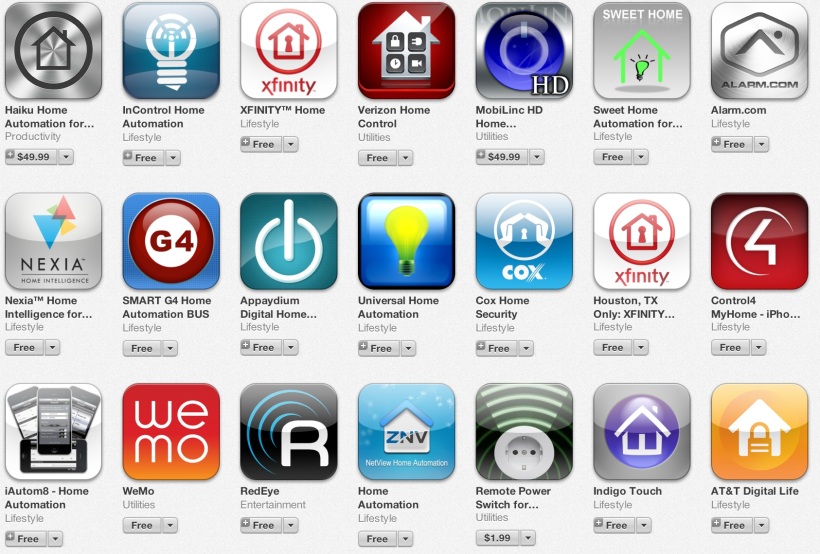 The list above is far from complete, and it is getting longer and more varied all the time. But therein lies the problem: all these devices use their own proprietary apps and protocols. Right now, if I want an internet connected home, Id need ten apps on my phone to do it; One app to turn the heat up, another to turn the lights on, and another to open the garage door. And none of them talk to one another.  Apple, this is what you DO! 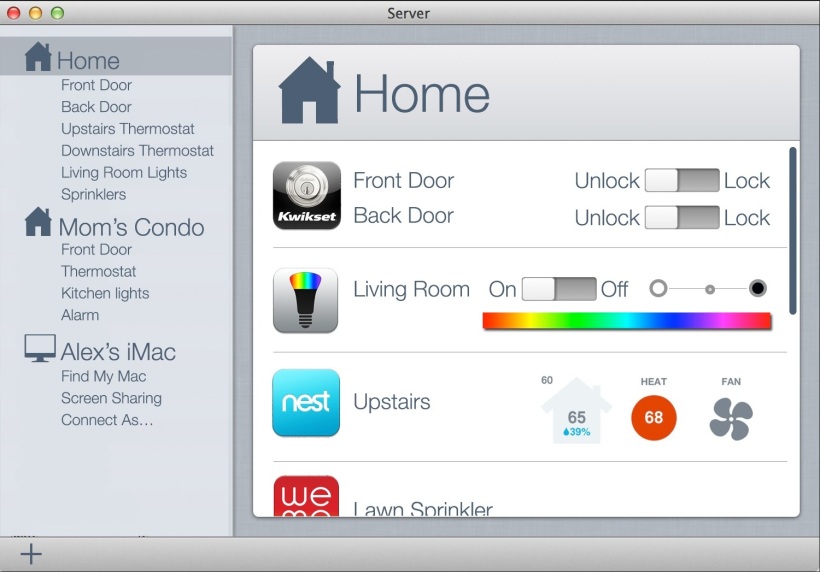 And I’ll do this: